“I want to keep the company stable and healthy for the long term and for many generations to come,” said Wolfgang Heck. Consequently, the co-founder of Taifun-Tofu transferred the company to a foundation that was especially created for this purpose.

In 2014 Heck founded the company foundation that bears his name. “Think of the foundation as a vessel that collects and keeps existing interests and intentions, and at the same time − because it is also open to change − focuses on the next 100 years.” Under its auspices, Taifun’s values and vision will remain intact well into the future, because the foundation is clearly oriented towards sustainability and diversity. Its primary purpose is to promote the provision of plant-based protein and organic production.

The foundation is Taifun-Tofu’s managing partner, which means that it is in charge of the company. Since its transfer to the foundation, the organic tofu company can no longer be sold. This guarantees that the company will remain in Freiburg, Germany, which secures the jobs of its employees.

A foundation with sustainable values

The foundation is not only meant to further the development of the company Taifun, but also other projects and startups, provided that they strive for “societal change towards peaceful coexistence and a just distribution of natural resources” and particularly promote “health and enjoyment of life,” as the foundation’s statutes specify. One of the first examples is Pflanzeneiweiss Manufaktur, a company near Freiburg that manufactures organic products made of locally grown legumes.

Wolfgang Heck, the managing director of the foundation, pours his entrepreneurial energy into such projects. The foundation is already preparing for generational change. It offers Heck’s three sons the opportunity to join the board of directors at some point in the future and carry on the foundation’s values and philosophy. 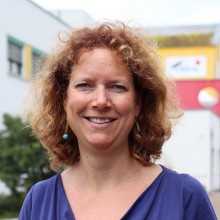 Questions about our products, recipes or company? We’d love to hear from you!